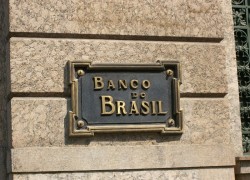 Brazilian government-controlled Banco do Brasil is acquiring EuroBank, a US based private loan bank headquartered in Florida. The acquisition for US$6 million is still subject to approval by Brazil and US authorities.

Banco do Brasil is Latin America’s largest bank by assets and one of the four most-profitable Brazilian banks. The acquisition of EuroBank will contribute to its business expansion in the US and will better meet the needs of the Brazilian communities of South Florida.

In 2010, the Banco do Brasil received permission from the Federal Reserve to operate in the US. According to Allan Toledo, Banco do Brasil international business vice president, in the next five years, the Brazilian bank plans to open 20 branches in the US, with investment close to US$25million. It has already offices in New York, Miami, and Washington.

Banco do Brasil is also the largest Brazilian bank operating internationally, with presences in over 23 countries.  International operations represent about 1% of the bank’s revenue, and that should rise to around 10% in five years. Currently, Banco do Brasil is looking at acquisitions in Chile, Colombia, Ecuador and Peru.

Headquartered in Brasília, Banco do Brasil S.A. is the major Brazilian and Latin American bank by assets and the third by market value. The bank, founded in 1808, is the oldest active bank in Brazil, and one of the oldest financial institutions in the world.

The EuroBank opened its doors to the public in July of 1991, with three branches in Florida–Coral Gables, Boca Raton, and Pompano Beach. It serves the Brazilian, Portuguese American, as well as Hispanic customers.The bank ended last year with total assets worth $102.1 million and a credit portfolio of $74.8 million.

By most estimations some 1.1 million Brazilians live in the United States. According to the Brazilian Consulate in Miami, there are 250,000 to 300,000 Brazilians living in Florida with the largest populations in Broward and Miami-Dade counties and Orlando.

Brazil’s economy is booming and expected to become the world’s fifth largest by 2016. Unemployment is at record lows. Currently, Brazil’s currency — the real — is well valued against the dollar, making Florida trips and shopping very affordable for Brazilians tourists. Last year Miami-Dade saw more than 500,000 Brazilian visitors with a buying power estimated over US$1 billion.

The Portuguese American community in the US is estimated at 1.3 million — 48.974 living in Florida.