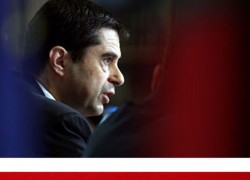 Portugal’s Minister of Finance, Vítor Gaspar, took the occasion of Monday’s Eurogroup meeting to submit a formal request to extend the repayment periods on the country’s bailout, Lusa reported Tuesday.

Speaking after the meeting, Gaspar stressed Portugal was a country that “met and meets” its commitments under the adjustment program and that this explained its “readiness to return to the primary bond markets.”

The market access “is rendered more difficult in the Portuguese case” due to the “concentration of very considerable repayments faced in 2014, 2015 and 2016” and hence the importance “of diluting and deferring these commitments over a longer timeframe,” said Gaspar.

The Portuguese Finance Minister pointed to the need for support for both Portugal and Ireland as they make their return to the bond markets before adding that while the technical work was ongoing, a political decision would be taken in March.

In turn, the outgoing Eurogroup President, Jean-Claude Juncker, responded that “the European Commission will examine all problems related to extending the maturities of Portugal.”

Juncker added that social and political consensus remained key to the success of the Portuguese adjustment program.

On Monday, Portugal  had mandated four investment banks to launch a five-year bond issue, for the first time, since it received a bailout in 2011. The move will take place as soon as Wednesday, it was revealed Tuesday.

In May 2011, Portugal was forced to demand a €78 billion ($104 billion) bailout from the IMF, the European Central Bank and its EU partners, aimed to reducing the national deficit.