Bailout: Lisbon set to return to the bond market – Portugal 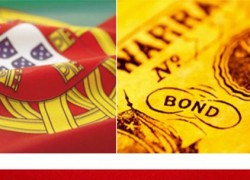 Portugal has mandated four investment banks to launch a five-year bond issue, for the first time, since it received a bailout in 2011. The move will take place as soon as Wednesday, it was revealed Tuesday.

Portuguese Finance Minister, Vitor Gaspar, declined to make further comments after having announced on Tuesday, to the Portuguese media in Brussels, that “the country may soon seek to borrow money on international markets again.”

As investor confidence in the country returns, Portugal’s European partners will most likely support an extension of the country’s bailout loans maturity. In May 2011, Portugal was forced to demand a €78 billion ($104 billion) bailout from the IMF, the European Central Bank and its EU partners, aimed to reducing the national deficit. Read more >>