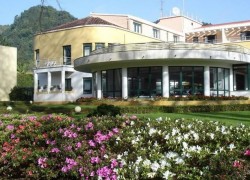 Built in 1935 and recently renovated, the Terra Nostra Garden Hotel  is the most recognizable hotel of the Azores, nestled inside the volcanic complex of Furnas Valley.

In its 11th edition, the Publituris Portugal Travel Awards distinguish the best companies, institutions, services and professionals who have excelled in the tourism sector during the last half of 2013 and the first of 2014. Winners are chosen by online voting  (40%) and by jury voting (60%).