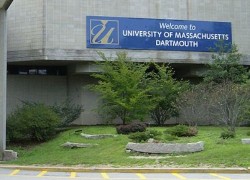 A conference on the topic “The Azores, A Gateway to Europe” will take place on Thursday, April 21, from 1:00pm to 3:30 pm, at  The University of Massachusetts Dartmouth (UMD), LARTS Conference Room 374.

The colloquium will explore political, economic, and social issues facing the Autonomous Region of Azores today. The focus is on the role the Azores played since WWII as an Atlantic post between the United States and Europe.

Issues relating to the development of economy of the Azores will be addressed with a focus on the Azores in the context of the European Union as an ultra-peripheral region..

The event is free and open to the public. Light refreshments will be served. Use parking lot 1.