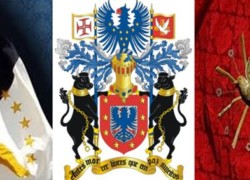 This year, public celebrations of the “Day of the Azores” were scaled down due to the restrictions resulting from the COVID’19 pandemic.

Scheduled for June 1, the “Day of the Autonomous Region of the Azores” is a public holiday to honor the “affirmation of the identity of the Azorean people, their philosophy of life and their regional unity.”

The date is movable to coincide with the first Monday following the Sunday of Pentecost, which sets the beginning the Azorean traditional Holy Ghost festival cycle.

The official celebrations took place in the cities of Horta (Faial), Angra do Heroísmo (Terceira) and Ponta Delgada (São Miguel). 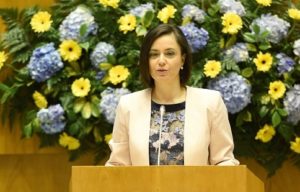 Vasco Cordeiro delivered his speech at the Santana Palace, in Ponta Delgada city while Ana Luís intervention took place at the Legislative Assembly in the city of Horta. 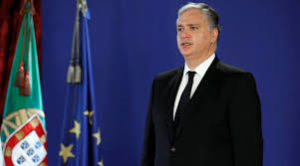 “Celebrating the Azores this year brings with it a much deeper meaning than what would happen under normal circumstances. These are extraordinary, challenging, demanding times. And it is exactly why it is necessary to evoke our identity, our sense of community, our autonomy, ” Vasco Cordeiro affirmed.

A resolution by the Legislative Assembly and the Government, unlike previous years, deferred the ceremony to bestowing Azorean Honorific Insignia to distinguished Azoreans.

Established in 2002, the Azorean Honorific Insignia recognize “citizens and legal persons who have distinguished themselves by personal or institutional merits, acts, civic deeds or by services rendered to the Region.”

The Day of the Autonomous Region of the Azores was established by the Legislative Assembly in 1980. The date, observed throughout the archipelago, as a public holiday, celebrates political and administrative self-rule.

Currently the Azores are lifting some of the restrictions in place to contain the pandemic. A total of 146 cases of infection have been detected in the Region, with 128 recovered, 16 deaths.