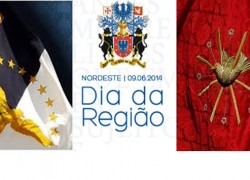 This year the Azores Day will be celebrated on Monday June 9, a public holiday dedicated to the affirmation of Azorean self-rule as granted in the Portuguese Constitution following the Carnation Revolution of April 25, 1974.

Established in 1980, as Dia da Região Autónoma dos Açores (Day of the Autonomous Region of the Azores), the holiday also celebrates the historical, cultural and social affirmation of the Azorean people.

The holiday is movable to coincide with the first Monday following the Sunday of Pentecost, which sets the beginning the Azorean traditional Holy Ghost festivities cycle.

One of the highlights of the celebrations is the bestowing of honors by to notable Azoreans personalities and institutions. This year 27 honorees will be recognized for their individual achievements and their contributions to the community.