The Portuguese ‘Seed Team,’ comprised of bioengineering students, is the winner of the ‘Mars One University Competition: Seed’ an international contest organized by the Mars One Foundation, based in Amersfoort, Utrecht, Netherlands. 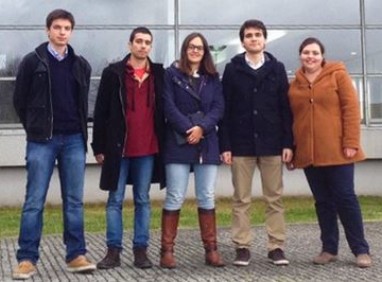 The Portuguese team won the right to send the first living organisms to the planet Mars. The experiment intendeds to prove that it is possible to sustain life on Mars in a controlled environment. The project involves germinating seeds sent to Mars on the ‘Mars One Lander’ mission scheduled for 2018 on a 10-month voyage.

“We are really pleased to be the selected project among so many excellent ideas. We are thrilled to be the first to send life to Mars! This will be a great journey that we hope to share with you all!” said Teresa Araújo, Seed team member.

The competition was based on an online popular vote that ended December 31, 2014. The winning ‘Seed Team’ was one of 35 university proposals. This is the first time the public has decided which payload receives the extraordinary opportunity to land on Mars.

NASA also has plans to send plants to the planet Mars in the near future, but the Mars One project expects to accomplish the goal two years earlier.The project is part of the Mars One mission to establish a human settlement there in 2025.

MarsOne is a not-for-profit foundation that will establish permanent human life on Mars. Human settlement on Mars is possible today with existing technologies. Mars One’s mission plan integrates components that are well tested and readily available from industry leaders worldwide.