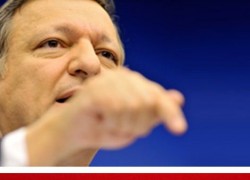 The President of the European Commission and former Portuguese Prime Minister, José Manuel Durão Barroso, was awarded the Grand Collar of Merit by Brazil’s Federal Audit Court, on Thursday, in a ceremony at the institution’s headquarters in Brasilia.

The European Commission President used the event to highlight the European Union’s role as an example of cooperation and development and to praise Brazil’s accomplishments as world economic power.

“Today, Europe is a continent reunited in peace and democracy, with the European Union the prime exponent of these values,” he said. “Brazil is a country that is growing and venturing its claim to be one of the great world powers. It is no longer the country of a tomorrow that never comes, but now the country of the present, here and now,” he added.

The Grand Collar of Merit is awarded to Brazilian or foreign citizens who deserve special distinction for their exceptional merit or their important contribution to auditing.

Barroso was the second Portuguese citizen to be decorated by Brazil’s Audit Court. The first was the former president of the Portugal’s audit commission, Alfredo José de Sousa.

José Manuel Durão Barroso, and European Council President Herman Van Rompuy, were in Brazil this week to attend the sixth Brazil-EU Summit in Brasilia, en route to Santiago (Chile) where they will also attend a 60-country summit with Latin American and Caribbean countries this weekend.