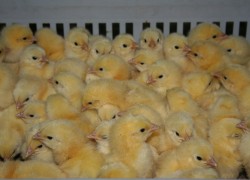 The Aviagen Group, the world’s leading poultry breeding company, has launched a Portuguese version of its corporate website to give more customers online access to the company’s technical libraries and best practices.

According to a company statement, Aviagen’s Portuguese language site is designed to serve Aviagen customers in some of its fastest-growing markets. Aviagen also stated that it retooled its website to make it easier to use and navigate, and to give visitors fast and easy access to Aviagen’s searchable Tech Center with its archive of technical papers, articles and manuals.

An estimated 240 million people worldwide speak Portuguese; it is the third most spoken language in the Western Hemisphere, and is the official language of Brazil, Portugal, and numerous former Portuguese colonies in Africa.