Audrey Azoulay: Azores stand out for its nature and cultural heritage – UNESCO 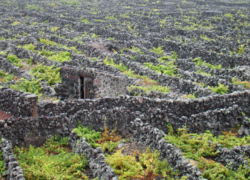 The UNESCO Director-General, Audrey Azoulay, was on a private visit to the Azores, where she toured places classified by UNESCO on São Miguel, Flores and Pico, namely the Gruta do Carvão, the Flores UNESCO Biosphere Reserve, the wine-growing landscape and the Gruta das Torres on Pico.

The Central Zone of the Town of Angra do Heroismo, together with Angra do Heroísmo Underwater Archeological Park, and the Landscape of the Pico Island Vineyard Culture are listed by UNESCO as a World Heritage sites.

Government representatives Alonso Miguel and Pedro de Faria e Castro, who hosted the UNESCO Director General, were very satisfied with her visit to the Azores, considering it an exceptional tourist destination, which stands out for its landscapes and cultural heritage.

In 2019, the Subaquatic Archaeological Charter in the Azores, was designated by UNESCO as one of the top five global examples of best practices for the protection of underwater cultural heritage.

Adopted in 2001, the Convention for the Protection of Underwater Cultural Heritage aims to better protect the millions of relics and historical debris preserved on the seabed, the statement said, adding that this international treaty is “a response to the increased destruction of underwater heritage exposed to treasure hunters”.

Audrey Azoulay is a French civil servant and politician who has been serving as the Director-General of the United Nations Educational, Scientific and Cultural Organization since 2017, becoming the second female leader of the organization.

Headquartered in Paris, France, the United Nations Educational, Scientific and Cultural Organization (UNESCO) is a specialised agency of the United Nations aimed at promoting world peace and security through international cooperation in education, the sciences, and culture.