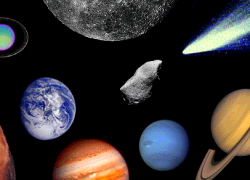 A team of astrophysicists from the Center of Astrophysics of the University of Porto (CAUP), in collaboration with the Observatory of the Geneva University, presented new data showing that the planetary orbits in a system are strongly aligned, like in a disk, just as we have in our own solar system.

Analyzing data from the spectrograph HARPS (ESO) and the Kepler satellite (NASA), the team of researchers, led by Pedro Figueira, simulated planetary systems to compare the differences in frequency of transiting systems.

Results show consistently that the “planets’ orbits are predominantly aligned, reinforcing the idea that planets form on a disk and suggesting for the first time that violent encounters between planets are not frequent.”

The study, which provides a very important clue about the formation and evolution of exoplanets, also shows that “the high degree of alignment of our system might well be the norm for planetary systems.” 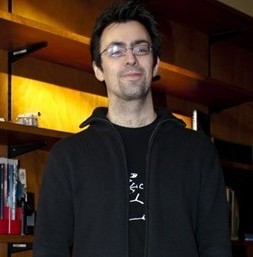 According to Pedro Figueira, the first author of the study accepted for publication in the Astronomy & Astrophysics online magazine, “These results show us that the way our solar system formed must be common. Its structure is the same as the other planetary systems we studied, with all planets orbiting roughly in the same plane.”

Pedro Figueira , 29, is an advanced Post-doctoral student at CAUP. He has developed his research as part of the program “Origin and Evolution of Stars and Planets: Planetary Systems“,  which key objective is to address important issues of the physics that drives the formation and evolution of stars and planets.