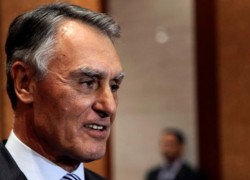 On Sunday, May 20, the Portuguese President will participate in the celebrations of the 10th anniversary of restored independence of the former Portugal’s colony, following a quarter-century of Indonesian occupation.

Cavaco Silva, who made a technical stopover in Singapore before arriving in Dili on Saturday, will visit Indonesia, Australia, and Singapores after his stay in East Timor.

On May 22, two days after his Dili visit, President Yudhoyono of Indonesia will host President Anibal Cavaco Silva in Jakarta. This is the first official visit of a Portuguese President to Indonesia.

In Jakarta, Cavaco Silva will promote bilateral relations and cooperation with the Indonesian government during a two-day visit scheduled for May 22-23. The two countries hold long historical and cultural ties for over 500 years since Portuguese explorers and traders reached Indonesia for the first time in 1509.

Cavaco Silva will visit Australia May 25-28, returning to Lisbon on May 29. In Camberra he will be hosted by the Australian Parliment where he will meet Prime-Minister Julia Gillard followed by a meeting with Australian General Governor Quentin Bryce. Portugal and Australia are working closely together to support East Timor’s development.

Portugal’s links with Australia may extend as far back as the sixteenth century, predating Captain Cook’s voyage to Australia by 250 years. Some evidence suggests that Portuguese explorers were the first Europeans to reach Australia.

Portugal’s President will make a two-day state visit to Singapore from May 27 at the invitation of President Tony Tan Keng.