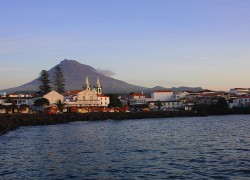 The first ever of its kind in the Azores, the international festival will be hosted by Mirateca Arts Association (MAA), the organizer of the event, in partnership with Madalena’s Town Hall.

The festival is open to all forms of art and encourages all kinds of artists – domestic and from around the world – to participate.

For Terry Costa, MAA’s director,  the festival offers a rare opportunity for artists of Azorean descent to learn about the Azores and connect with their ancestral roots.

Artists will have the opportunity to participate in workshops, to exhibit their work or perform for an audience, including street performances.

Established in 1947, by World Fringe, the  Fringe Festival was inspired by the Edinburgh International Festival.  World Fringe is the largest arts festival in the world, organizing a network of 250 festivals occurring worldwide.

The Fringe Festival Azores hopes to turn the island of Pico into a new artistic destination with the upcoming event considered “the most remote Fringe Festival” ever by World Fringe director.

For submissions and information visit the Mirateca Arts Association here