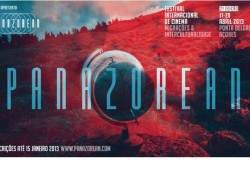 The Panazorean International Film Festival, organized by the Association of the Immigrants of the Azores [Associação dos Imigrantes nos Açores – AIPA], director Paulo Mendes, is dedicated to migration and intercultural issues, including topics such as cultural diversity, inter-cultural communication and multiculturalism.

The goal of the festival is to provide film directors, producers and researchers the opportunity to debate and reflect upon the assigned topics in any genre from fiction, animation and documentary to experimental.

A total of 415 entries, from 60 countries, were reviewed by a jury. The list of finalists included 17 features and 20 short from 23 countries. Last year, 90 entries were submitted to the festival from 24 counties.

Azorean composer and film director/producer, Zeca Medeiros, was honoured at the festival which also included art exhibits, conferences and workshops.