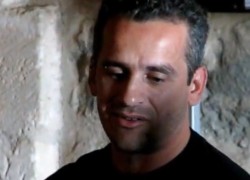 The Arte Institute is sponsoring a lecture by author José Luís Peixoto to be held June 14, at 6:30pm, at the Rogue Space Gallery, Chelsea, 526 West 26th Street, NYC.

The author will be addressing a younger audience to talk about his work in the context of life and writing.

Born in 1974, in the southern region of Alentejo, mainland Portugal, José Luís Peixoto is one of Portugal’s most acclaimed, prize-winning young novelists. He is the author of many books of fiction, poetry and drama translated in over 20 languages. He has been awarded several national and international prestigious literary prizes.

In 2001 Peixtoe won the José Saramago Award, from Fundação Círculo de Leitores, and in 2007 he was distinguished with Spanish Calamo Literary Award for the best novel “The Piano Cemetery” published in Spanish translation. His works have been published in France, Italy, Greece, Bulgaria, Turkey, Finland, Netherlands, Spain (Spanish and Catalan), Czech Republic, Croatia, Belarus, Brazil, United States, United Kingdom and Hungary. The town of Ponte de Sor, in mainland Portugal, has named a literary award for young authors on his name.

Peixoto will be coming to New York City for a series of talks and to research for his next novel. He will be available for Q & A and signing autographs. The band “At a Distance” will perform at the event.

The Rogue Space Gallery is presenting the exibit “I Love You, Oh, You Pay My Rent” by Sandro Resende e Paulo Romão Brás, also sponsored by the Arte Institute, on June 13 through June 18. Both events are free and open to the public.