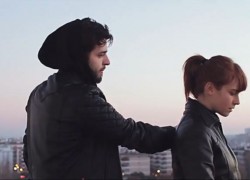 The Arte Institute, based in New York City, is organizing the 2nd Edition of the New York Portuguese Short Film Festival scheduled for June 1 and 2.

The two-day film screenings take place at the Tribeca Cinemas, 54 Varick Street, NYC. The festival will run concurrently in Portugal at the Hard Club (June 1), in Porto (June 1), and  at Auditório Carlos Paredes, in Lisbon (June 2).

The 2012 festival will feature 14 short films produced by emerging Portuguese film directors. A judging panel  of professionals from the movie and television industry in the United States and Portugal, have selected a list of participant finalists of which a winner will be announced. 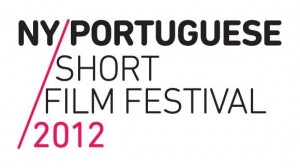 According Miranda, the objective of the festival is to showcase the new generation of Portuguese language filmmakers and to bring together people from the industry from different countries.

Last year the NY Portuguese Short Film Festival included filmmakers from Portugal, Brazil and the United States. This year, the Arte Institute is organizing a showing of the Festival in Brazil, namely Rio de Janeiro and São Paulo.

The event is part of the Contemporary Art Summer Season by Arte Institute, taking place in  June, which also includes an exhibit  at the Rogue Space Gallery, Chelsea, by Portuguese artists Sandro Resende  and Paulo Romão  (June 13-18) and a lecture by Portuguese author José Luís Peixoto (June 14).

The 2012 NY Portuguese Short Film Festival  is supported in part by the Fund for Creative Communities, the Manhattan Communities and the Arts Fund, the New York City Council on the Arts and  New York State Department of Cultural Affairs through the Lower Manhattan Cultural Council.

Down Here by Diogo Costa Amarante

The End of Man by Bruno Telésforo / Luís Lobo

* In Portugal this movie will screen in Lisbon, June 2.

Teachings for the Adult Life by Ernesto Bacalhau

** In Portugal this movie will screen in Porto, June 1

Both screenings will be followed by an After Party event at Pão Restaurante (322 Spring Street).