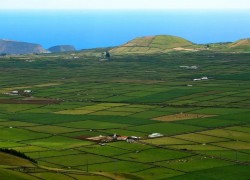 The president of the Portuguese Association of Archaeological Research (APIA), Nuno Ribeiro, revealed Monday having found rock art on the island of Terceira, supporting his believe that human occupation of the Azores predates the arrival of the Portuguese by many thousands of years, Lusa reported. “We have found a rock art site with representations we believe can be dated back to the Bronze Age,”  Ribeiro told Lusa in Ponta Delgada, at a presentation in University of the Azores on the topic of early human occupation of the Azores. The oldest cave art known in Europe is of prehistoric origin, dating back to approximately 40,000 years ago.

In the last three years, Ribeiro has been claiming that archaeological remains of structures discovered on several Azorean islands are of pre-Portuguese origin by its architecture and construction. “We have an epigraph from Roman times, according to two scientists who were invited to interpret the inscription, a cave art site, megalithic structures, and an important set of structures scattered throughout the islands that need to be interpreted in new ways,” he said. “In some cases, we believe that there are temples and hypogea. We have no doubt that there are sanctuaries,” he said, remarking that data still needs to be dated. Ribeiro also said that the archaeological research findings in the Azores have been published in scientific articles and presented at international conferences on archaeology, and have received “great acceptance among the international scientific community.”

Ribeiro has alleged before that the time of human settlement in the Azores may not be what history says, but a different one based on the archaeological evidence found on the archipelago recently. 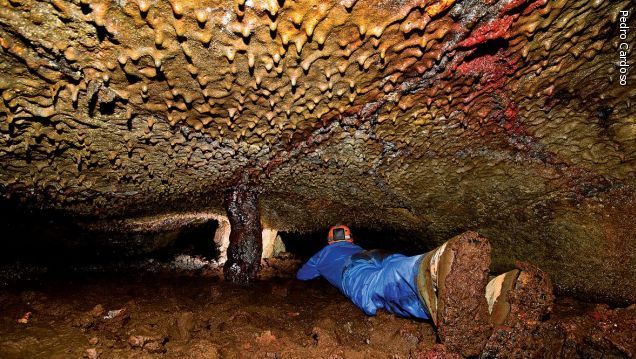 He has claimed to have found in the Azores a significant number of ancient ruins from the fourth century BC. Based on these findings, he believes, it is possible to establish that human presence in the Azores precedes the Portuguese occupation of the islands in the fifteen century.

In a interview in progress for the Portuguese American Journal, Nuno Ribeiro spoke of his claims and how he was led to his findings.  It all started because he had always been interested in the topic of the “discovery” of the Azores. He said, “The factor that triggered this whole process was a leisure trip I made to the Azores with my wife in the summer of 2010 to the islands of Terceira and Corvo.”

Of his interest for doing research in the Azores, he stated, “Obviously I had studied the legends, the various reports of the discovery of the Islands and especially, had previously studied the toponymy. I thought I had to visit Mount Brazil, because of the legends associated with the name of the place.” It was in July 2011, that Ribeiro and Anabela Joaquinino, both archaeologists from Lisbon-based Portuguese Association of Archaeological Research (APIA),  revealed to have found, in Monte Brasil, Angra do Heroismo, Terceira island, a significant number of fourth century BC Carthaginian temples. They believe the temples were dedicated to the ancient goddess Tanit.

Reportedly, the monuments have parallels in the Mediterranean world, namely in the Greek and Carthaginian cultures, where they were used for burials. The old monuments are believed to be over 2000 years old. In addition, they had claimed to have found ancient rock carvings  on Terceira and São Miguel islands; Sunni inscriptions were discovered on São Miguel and Terceira islands and dozens of pre-Christian hypogea  uncovered on the islands of Terceira and Corvo.

Similar findings were also reported on the islands of Santa Maria and Flores. Yet,  according to Ribeiro, “The investigation in the Azores can be said to have not yet begun.” He presented the first data at the SOMA Mediterranean Archaeology Congress in March 2011, at the University of Catania (Italy) and the 2011 SEAC Congress in Évora (Portugal). After such astonishing revelations, a research project presented in March 2011 to the Regional Government of Azores still waits funding and Ribeiro is the first one to acknowledge that there are more doubts that certainty. Although he may  hold enough evidence to support his claim, very little is still known.

Nuno Ribeiro, 40, was born in Lisbon. He is completing a Ph.D. in Prehistory and Ancient History at the University of Salamanca (Spain) and the Autonomous University of Lisbon (Portugal).  His area of research is the Proto-History and Rock Art. He is responsible for creating the first Centre of Interpretation of Rock Art, non-government in Portugal, in Vide-Seia. The Research Centre was established by the Portuguese Association of Archaeological Research (APIA) in 2008.  Currently, he is the president of the institution since its founding in 1998.