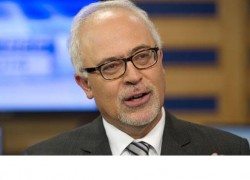 A member of the Quebec Liberal Party, the Portuguese born Canadian politician was elected to the National Assembly of Quebec in the 2014 election, representing the provincial electoral district of Robert-Baldwin.

Leitão moved to Canada in 1975 where he earned a degree in economic sciences at McGill University. He has gained extensive experience in banking and financial services, a field in which he has worked for over 30 years.

He is the current Member of National Assembly of Quebec for the electoral district of Robert-Baldwin in the Montreal region. He represents the Quebec Liberal Party, a federalist political party in Quebec, Canada, independent of the federal Liberal Party of Canada since 1955.