Appointed: Michael Baum named to the FLAD Executive Board – Portugal 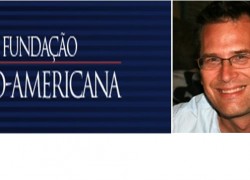 Professor Michael Baum of the University of Massachusetts Dartmouth was appointed board member of the Executive Board of Lisbon based Luso-American Development Foundation (FLAD) by Portuguese Prime Minister Pedro Passos Coelho.

Professor Baum, who teaches political science and specializes in comparative politics, will take post February 11. He will be on a one-year unpaid leave of absence from the University during his first year of a five-year term on FLad executive board.

Professor Baum is the head of the “UMass in Lisbon Program” and the “Annual Summer Program in Portugal”,  which are co-sponsored by the Center for Portuguese Studies & Culture and financially supported by the Luso-American Development Foundation (FLAD).

FLAD has had a long working relationship with the University of Massachusetts Dartmouth, including the creation of the Center for Portuguese Studies and Culture and the Ferreira-Mendes Portuguese-American Archives at the University of Massachusetts Dartmouth and partnerships with the New Bedford Whaling Museum and the establishment of the Portuguese American Citizenship program and many other programs in educational institutions in the United States.

Currently FLAD Executive Board is headed by Vasco Rato the third FLAD president in 25 years. He replaced Maria de Lurdes Rodrigues, who headed the foundation from  2010 to 2013. She had replaced Rui Machete, who currently holds the post of Portuguese Minister of Foreign Affairs.