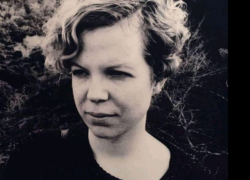 She will be acting director until the new permanent director is appointed, a position held since 2002 by Lucien Casting-Taylor, said the announcement.

Joana Pimenta, who has been associated with Harvard University for the las 10 years, commented on the appointment,  “To be a director, you need to have a full university position, which I don’t have. We will see what happens in the next two years.”

Founded in 1975, the prestigious FilmStudyCenter is a support center for non-fiction cinema projects, such as documentary and video installation that is somewhat connected with reality. The Film Study Center, which works mainly by awarding scholarships, has the function of supporting the creative and artistic work of filmmakers from around the world, who collaborate with Harvard University.

Joana Pimenta, is a filmmaker and writer from Portugal who lives and works in Lisbon, the U.S. and Brazil. Her latest film, An Aviation Field, premiered in the International Competiton at the 69th Locarno Film Festival, was screened in the Toronto International Film Festival, New York Film Festival, Rotterdam, CPH:Dox, Rencontres Internationales Paris – Berlin, Valdivia, Lima, Mar del Plata, Edinburgh, among others, and received the Jury Award for Best Film in Competition at Zinebi ’58. Her previous work, The Figures Carved Into the Knife by the Sap of the Banana Trees, received the Jury Award for Best Film in Competition at Indielisboa and the Tom Berman Award at the Ann Arbor Film Festival, and was screened at the Toronto, New York, Jihlava, Taipei, VideoEx, and Syros film festivals, among other venues. Her work in video installation was exhibited at the Festival Temps d’Images, National Art Gallery, Harvard Art Museums, Solar – Cinematic Art Gallery, Fundacion Botin, Galeria da Boavista, The Pipe Factory, among others. As a cinematographer, she was the Director of Photography for the feature Once it was Brasília, which premiered in the 70th Locarno International Film Festival in 2017. She is currently co-directing two fiction films with the Brazilian director Adirley Queirós, Rádio Coração (2017) and the feature Dry Ground Burning (2018).