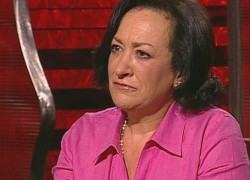 Vidal  will head the public prosecutor’s office, replacing Fernando Pinto Monteiro whose six year term  ended October 9. Currently, she was the legal audit of the Representative of the Republic for the Autonomous Region of the Azores.

The former justice minister Laborinho Lúcio said Tuesday, the appointment was an “excellent” choice, stressing that the appointed magistrate has a “deep knowledge” of the Public Ministry.

“Joana Marques Vidal is a very competent magistrate, with extensive experience in various areas of intervention in the human dimension that connects to a technical dimension, and the internal structure of the prosecution, whose organization also calls for ongoing dialogue, which is essential ahead is a person who has knowledge of the subjects, “said Alvaro Laborinho, counselor retired judge of the Supreme Court.

Vidal is a person “determined, able to take on the problems with straightforwardness and have a relationship with the outside world also very frontal and true” and therefore meets all the requirements to be “transformed into a magnificent” Attorney General ‘s Office (PGR), he added.

Vidal , who has experience in the fields of intervention and civic associations, has worked for the Portuguese Association for Victim Support (APAV) and Growing Ser (Portuguese association for the rights of children and the family).

Vidal holds a degree in Law from the University of Lisbon. She has specializing in the field of Family and Children’s Rights, the prosecutor is since 2010 President of the Portuguese Association for Victim Support. Currently she is a public prosecutor in the Azores Regional Chamber of the Court of Auditors.

Vidal, 57, becomes the first female PGR to be named after 1974, following the reinstatement of the democratic  system in Portugal. The daughter of retired Judge José Marques Vidal, former director of the Judicial Police, Joana Marques Vidal was appointed for a of six year term.