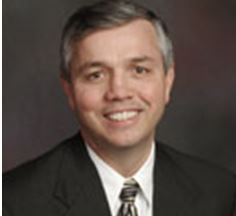 The Portuguese American Citizenship Project (PACP) has announced, in a prepared statement, the appointment of Dr. Frank F. Sousa as the newest member of its Board of Directors.

Sousa has a long history of supporting causes in the Portuguese community, and is the Founding Director of the Saab-Pedroso Center for Portuguese Culture and Research at the University of Massachusetts, Lowell.

“We are pleased to welcome Frank to our Board of Directors,” said Dr. Elmano Costa, President of the PACP.  “His experience working with the Portuguese community in Massachusetts and California makes him an invaluable asset to our organization,” he said.

On accepting the appointment, Sousa said, “I am very excited to participate in the project’s efforts to promote citizenship and civic engagement. The PACP is one of the most respected national Portuguese organizations, and I look forward to sharing my experiences and contributing to the Project’s growth.”

Founded in 1999, the PACP is a non-profit organization that encourages Portuguese-Americans to engage in the civic activities of their communities, become U.S. citizens, register to vote, and vote.

The PACP has worked with 52 cultural, fraternal and religious organizations in 21 communities located in California, Connecticut, Massachusetts, New Jersey and Rhode Island.

On February 1, 1999, as part of its continuing commitment to strengthening the Portuguese American community, the Luso-American Foundation initiated The Portuguese American Citizenship Project. The Project is intended to encourage Portuguese Americans to engage in the civic activities of their communities, become U.S. citizens, register to vote, and vote. The Project is based on the assumption that the communities themselves are best able to determine the strategy to encourage greater civic participation. These communities understand their specific problems and can best judge how to overcome these obstacles. The Project has worked with 52 cultural, fraternal and religious organizations in 21 communities located in California, Connecticut, Massachusetts, New Jersey and Rhode Island. Twenty-five Catholic churches participate in the Project. The Portuguese American Citizenship project has no political agenda. Rather, it serves as an informal forum through which not-for-profit organizations can share ideas and receive practical advice on promoting citizenship and civic participation. For more information visit PACP on Facebook.