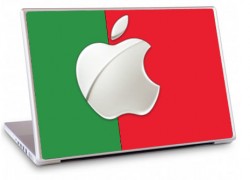 Software engineer Nelson José Alves, 31, a native of Madeira island, Portugal,  was selected among thousands of candidates worldwide for an internship at the multinational Apple Inc., in Austin, Texas, where he hopes to help create the next iPad.

Alves has participated in research projects involving statistical data on the Web, including applications for Yahoo and Facebook.

After the three month internship at Apple Inc., secheduled to start shortly after June 5, Alves hopes to join Apple Inc. in Texas or to work for the Apple corporation in Portugal.