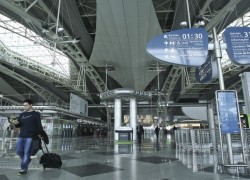 Prime Minister António Costa has announced the creation of series of measures to attract Portuguese emigrants who left the country as a result of the economic crisis of 2010-2015.

The incentives will target mainly young professionals who emigrated before 2015.

The measures, which will be incorporated in the State Budget for 2019, would grant returnees a 50% rebate on their income taxes and the deduction of costs with resettlement, including the trip home and housing expenses.

“Portugal has to continue to grow and therefore has to take advantage of its resources, has to bet on innovation and has to increase its human resources. That’s what we want to do.” The Prime Minister reiterated.

The proposal under consideration will offer incentives effective for a limited period of 3 to 5 years and would only contemplate expatriates relocating before 2020.

Yet, the proposal will not discriminate against those who left the country under different circumstances. New measures will also consider others who want to return “the young and the less young” and “the more qualified and the less qualified,” including the “non-habitual residents” referring to foreign professionals who immigrated to Portugal, left the country, but wish to return.

Other incentives include the allocation of a 7% share of university placements reserved for Portuguese emigrants and their descendants who wish to enroll in Portuguese universities.

Currently, the access to higher education in Portugal has a quota of 3,500 placements available for Portuguese heritage students.

Although the number of Portuguese heritage students competing for higher education in Portugal has gone from about a hundred in 2014 to over 250 in 2017, the admissions are well below the 3,500 placements available.

Languages other than Portuguese

Portuguese consulates in foreign countries will start accepting documents in English, Spanish and French. The measure will end the need for costly translations.

Another measure to facilitate the bureaucracy involving the Portuguese residents abroad is the decision to extend the validity of the national Portuguese Citizen’s Card from 5 years to 10 years.