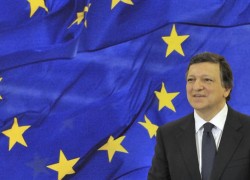 Reportedly, the name of the former Portuguese Prime Minister appears on a list of potential victims in a  Breitvic’s manifesto titled “Knights Templar 2083.” The document is available online on YouTube with restrictions.

According to the manifesto, Breivik also intended 400 thousand people to be killed in Europe. More than 10,000 would be killed in Portugal, he wrote. Apparently the motive for the killings would be, according to the document, Portugal harboring a large number of Muslims.

The Portuguese Constitution grants freedom of religion. According to the Islamic Community of Lisbon there are about 40,000 Muslims living in Portugal, the majority are immigrants from Portugal’s former colonies in Africa and Asia.

Anders Behring Breivik, 32, is now detained for killing  over 70 people in a Norwegian shooting rampage and bombing on Saturday. Breivik has confessed to the killings.

As the leader of the European Commission, Durão Barroso, expressed his “utmost shock” over the incidents. He said that an attack of this magnitude was not “something one would expect in Norway, famously associated with peace at home and peacemaking abroad.”

In a message sent to the Prime Minister of Norway, following the bomb blast in Oslo, Barroso wrote: “It is with the utmost shock that I have observed the events unfolding in Oslo this afternoon. The bomb attack in the middle of the Government quarter has produced abhorrent images and I understand that there have been both fatal victims as well as serious injured ones. I would like to express my deepest condolences to the victims of this despicable attack and their families.”