American Consulate in the Azores to close 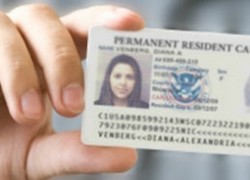 News that the Department of State is considering closing the American Consulate in Ponta Delgada, São Miguel, in the Azores, was met with apprehension by the Portuguese American community of Azorean descent.

“We write to tell you as strongly as we can that we believe it would be a grave error to close the American Consulate in the City of Ponta Delgada, on the Island of São Miguel in the Azores,” the letter says.

Stressing the significant presence in the United States of the immigrant community of Azorean heritage, the letter urges the Secretary of State to consider the strong economic, cultural and personal ties between the Azores and the United States which include the American military installation at Lajes on Terceira island.

Woodrow Wilson, Teddy and Franklin Roosevelt were not the only American presidents to visit the islands. President Nixon came to the Azores to speak with French President Georges Pompidou and Portuguese PM Marcelo Caetano about international monetary issues.

The National Organization of Portuguese-Americans (NOPA) is leading a nationwide campaign urging the Portuguese American community to contact their Representatives and Senators to let them know of their opposition to the closing the American Consulate in Ponta Delgada.