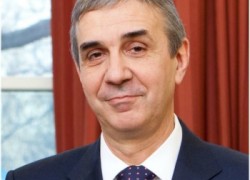 The Ambassador of Portugal in Washington DC, Nuno Brito, is scheduled to visit the East Coast October 24.

According to the program for the visit, Ambassador Brito will meet with Massachusetts state dignitaries, including the Office of Governor Deval Patrick, Portuguese American legislators at the Massachusetts House of Representatives and the Honorable Phillip Rapoza Chief Justice of Massachusetts Appeals Court.

Ambassador Brito will also visit the MIT-Portugal Program, where he is scheduled to meet a group of Portuguese students at MIT.

Ambassador Nuno Brito is the head of the Portuguese Diplomatic Mission in the United States since February 23, 2011.