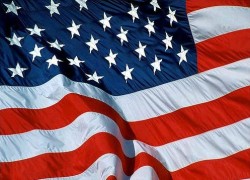 American tourism could help reseting the Portuguese economy, according to Allan Katz, US Ambassador in Portugal.

Speaking at a seminar about Tourism and Security, held in Gaia, northern Portugal, Allan Katz said that of all efforts by the government and the private sector, “This is probably the only area of Portugal’s economy that can grow without having to spend more money.”

For Ambassador Katz, Portugal could better promote its tourism prospects in the United States and easily double the 250,000 American travelers it currently draws from Florida alone.

He said, “There is already an infrastructure for a thriving tourism industry.” And he added, “The only thing that needs to change is the number of people to visit.”

In his view, Portugal offers what most US tourists seek in Europe. “They come to Europe to see old things, looking for good food and good wine,” he said.

American travelers also want security, something Portugal can offer more of than any other European country. He said, “Portugal is perhaps the safest country in Europe for Americans.”

The problem, he remarked is that “most Americans know nothing about Portugal,” and “most of the information about Portugal, goes to the Portuguese communities in America.”

Concluding that Portugal still offers the best deals for the American tourist, he said, “Let us help you. We know how to promote good destinations.”

President Barack Obama nominated Allan J. Katz of Florida, to be Ambassador of the United States of America in Portugal, in November 2009. A former Tallahassee city commissioner, Allan Katz is a lawyer and former lobbyist who helped run President Barack Obama’s presidential campaign in Florida.