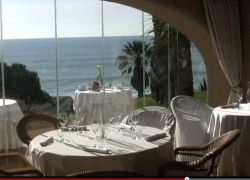 Placed 46th on the 2012 list, it climbed 35 places on the 2011 list , becoming the first Portuguese restaurant to join the list. The first place  went to “Noma” of Denmark, followed by “El Celler de Can Roca” and the “Mugaritz” of Spain.

The exclusive Vila Joya,  managed by Austria-born chef Dieter Koschina, is the only restaurant in Portugal to have owned two Michelin Stars.

Each January Chef Koschina brings together some of the world’s finest chefs for Vila Joya’s Tribute to Claudia International Gourmet Festival.