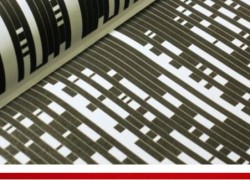 The Ernesto de Sousa Scholarship program is accepting applications for its annual award for the best original project in the field of experimental intermedia art.  Applicants must be of Portuguese nationality and have a good grasp of the English language.

The designation of “experimental intermedia creation” encompasses any creative proposal associating image, sound and movement, within a perspective of research and innovation, which has the finality of a performance.

The winner will be offered an intership in research and experimentation at the Experimental Intermedia Foundation (EIF) in New York City, under the supervision of Phill Niblock.

Applications must contain the following elements: (1) Documentation of three works produced by the applicant, in the form of slides, audio recordings or video (CD, DVD and CD-ROM); (2) Details of the proposed project to be undertaken in New York, including summaries of any conferences or performances the applicant may wish to carry out in the United States; (3) Detailed CV.

The applicant must send 5 copies of each element in Portuguese and 2 in English. Deadline for applications is February 7, 2013.The decision of the jury will be announced February 19, 2013.

The Ernesto de Sousa Scholarship program, in its 20th edition, is co-sponsored by the Luso-American DevelopmentFoundation (FLAD) and the Calouste Gulbenkian Foundation (FCG).

Applications should be mailed to the Luso-American Development Foundation by registered mail, or delivered directly at the Foundation – Rua do Sacramento à Lapa, Nº 21, 1249-090 Lisboa, Portugal. For information contact isabel.alves@ernestodesousa.com