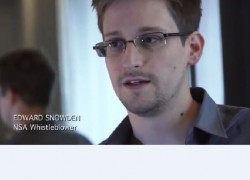 The plane was diverted to Austria after air permits were also denied by France, Spain and Italy. Snowden is the former NSA contractor wanted by Washington on espionage charges regarding the PRISM program, a controversial secret US electronic surveillance system.

According to Bolivian Foreign Minister David Choquehuanca, the air permits were “abruptly canceled,” putting the life of President Morales at risk. Choquehuanca has denied Snowden was on the plane. “We don’t know who invented this lie,” he said.

“They say it was due to technical issues, but after getting explanations from some authorities we found that there appeared to be some unfounded suspicions that Snowden was on the plane,” Choquehuanca said.

President Morales was on his way home after attending a summit of gas-production nations in Moscow where he met with Russian President Vladimir Putin.

After evading the United States, fugitive Edward Snowden, 30,  has applied without success for political asylum in over 20 nations, including Bolivia.