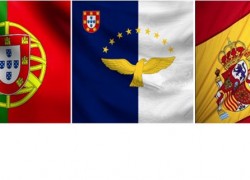 The Regional Secretary for the Sea, Science and Technology, Gui Menezes, reiterated in Las Palmas, Canary Islands, the commitment of the Government of the Azores to install an Atlantic International Research (AIR) Center in the archipelago.

Menezes, who participated in the 1st Spanish-Portuguese Meeting on the AIR Center, raised awareness for the project and strengthened the link between the Portuguese and Spanish Research, Development and Innovation project coordinators.

According to Menezes, the project will contribute to “the development of scientific activity” in the archipelago in the areas of Space, Astronomy, Ocean and Climate Change, Oceanographic Observatories, Marine Energies and Supercomputing.

“The interest of Spain in contributing to the implementation of the AIR Center was clear,” the Regional Secretary said, noting that the meeting “emerged following the high-level meeting that took place in April on Terceira Island,” designated as Atlantic Interactions with the participation of about thirty countries.

The bilateral Spanish-Portuguese Meeting was attended by the official responsible for Azores Mission Structure for Space (EMA-Space) and the President of the Foundation for Science and Technology (FCT) of Portugal as well as several Portuguese and Spanish researchers and representatives of several research institutions and universities in the Iberian Peninsula.

The project has the contribution of scientists from Portuguese institutions, companies and universities (Azores, Porto, Minho, Algarve and Lisbon), as well as from the European Space Agency, NASA, the US Department of Energy and other American universities, such as MIT, the University of Texas and Carnegie Mellon University.