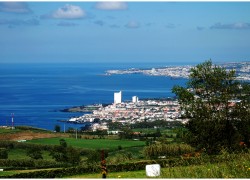 According to organizer Chrys Chrystello, 35 Azorean authors and scholars will be participating in the AICL annual event.

In partnership with Lagoa municipality, the conference will offer a cultural theme to include musical performances, poetry reading, and book launching and signing events with the participation of the authors.

The Associação Internacional dos Colóquios da Lusofonia (AICL) was established in 2011 by Chrys Chrystello, who had organized 15 successful international conferences since 2001. The most recent events took place in Brazil (2010) and Macau (2011). The next conference, scheduled for September-October 2013, will be held in Galicia (Spain).