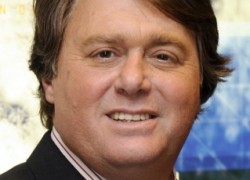 World news reporter Henrique Cymerman, 52, was the winner of the 2012 Daniel Pearl Award by the Anti-Defamation League (ADL) for investigative reporting. He was the first Portuguese reporter to be distinguished with the prestigious international award, in a ceremony held February 10, in Palm Beach, Florida.

Born in Porto, Portugal, Henrique Cymerman graduated from the University of Tel Aviv (Israel) in Psychology and holds an MA degree in the field of political science and sociology.

Fluent in Portuguese, Spanish, French, English and Hebrew, he has worked in the Middle East as a correspondent for Antena 3 (Portugal) and La Vanguardia (Spain). He has been a correspondent for the Portuguese channel SIC and has made several appearances for the BBC and television in Israel and Palestine.

Henrique Cymerman was the recipient of the Conde de Godó Award in 2009. He is the author of Voices from the Center of the World: The Arab-Israeli Conflict told by its Protagonists based in a series of interviews with the many players in both sides of the conflict.

Daniel Pearl, a journalist for the The Wall Street Journal, was sequestered and decapitated in 2003 by terrorists in Pakistan. Founded in October 1913, the Defamation League Anti (ADL) is an international non-governmental organization based in the United States which the mission is to fight anti-Semitism and all forms of bigotry and to defend democratic ideals and protect civil rights for all.