A gift from Faial – London 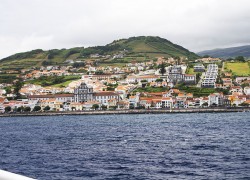 A bust of Catherine of Braganza (1638-1705) will be presented to the Portuguese-speaking community resident at Lambeth borough , south London, United Kingdom. The gift was an initiative of the Horta Chamber of Commerce and Industry, based on Faial Island, Azores, and the  Adiaspora.com online project.

The purpose is to celebrate Infanta Catherine of Braganza’s legacy as queen consort to King Charles II of England. She is credit with having introduced marmalade and tea drinking at the British court. She also brought the territories of Tangier and Bombay under British rule as part of her dowry.

The statue will be placed at Wilcox Road, near Stockwell known as “Little Portugal.” An Azorean-based sculptor will design the statue to be carved out of basalt, the iconic volcanic rock of the Azores.