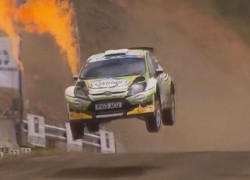 With the participation of 36 contenders from 15 countries, including 21 top Portuguese drivers, the international contest opened in Latvia (February 5–7), ending in Cyprus (September 24-25).

In the Azores the competition features 16 stages covering 214.42 kilometers. The contest begins at the Portas da Cidade (Gates of the City) in Ponta Delgada, passing through some of the most emblematic scenic spots of São Miguel island.

Sponsored  by the Government of the Azores, the Azores Airlines Rallye is one of the most relevant sporting events promoting the Azores globally.