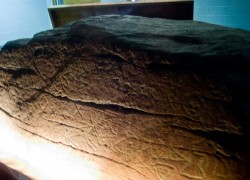 The Portuguese American community of Azorean descent will celebrate the 500 hundred years of Azorean presence in North America, on September 24, with an event at the Dighton Rock State Park in Massachusetts.

The event is an initiative of the government of the Autonomous Region of the Azores, through the Office for the Azorean Communities, in partnership with individuals and organizations from the Azorean descent community of Massachusetts and Rhode Island.

The Dighton Rock State Park is home to the Dighton Rock Museum which houses the Dighton Rock, a 40-ton boulder famous for its ancient petroglyphs — carved designs believed to precede the first European settlements in North America in the seventeenth century.

At the Dighton Rock Museum visitors can see the carved designs and inscriptions of ancient and uncertain origin and learn about the different theories being researched that relate them to four groups, namely the Vikings, the Portuguese, the Phoenicians and the Native Americans. 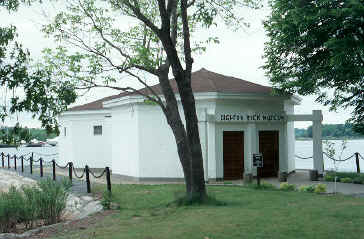 Dr. Manuel Luciano da Silva, president of the “Friends of Dighton Rock Museum”, a physician and historian, and his wife Sílvia Jorge da Silva, also a historian, will be honoured at the event for their lifelong research on behalf of the theory that the inscriptions on the Dighton Rock where left by Miguel Corte-Real, a Portuguese explorer of Azorean descent lost at sea in the sixteenth century.

The Reverend Timothy Goldrick, pastor of St. Nicholas Church of Dighton, and Taunton Gazette journalists Marc Larocque and Casey Nilsson will also be honored for their reporting about the Dighton Rock history.

According to the program for the celebrations, the event starts at noon with a social hour featuring Azorean gastronomy provided by the Parish Center of the Holy Ghost Church, Fall River.

At 1:15pm, the opening of two exhibits organized by the Office for the Azorean Communities.

At 1.30pm, a welcoming ceremony with a parade and addresses by representatives from the Government of the Azores.

At 2pm, Dr. Manuel Luciano da Silva will make a presentation on his theory of the Dighton Rock inscriptions and the Azorean explorer Miguel Corte-Real.

At 2:30pm, Professor Joseph Levi will address the relevance of the Portuguese Language in the world, followed by a tribute to many individuals and institutions in the Portuguese American community including schools and universities, Portuguese teachers and students, and the media.

A folk dance performance and music by Grupo Raízes will close the event.

The celebration will be broadcast live by reporter Jorge Morais, general manager of WJFD –FM of New Bedford (MA).