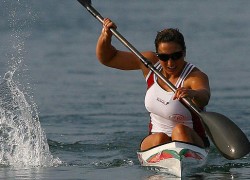 According to Mário Santos, head of the Portuguese Olympic Mission, a total of 60 to 80 athletes are expected to qualify. Four years ago, 78 Portuguese athletes competed in 17 different sports at the 2008 China Olympic games.

Nelson Évora, the Olympic Gold medalist in the triple jump at the Beijing/2008, and the Portuguese great hope for this year London Olympics, will not compete due to a recent tibia fracture.

Oscar winning director Danny Boyle will be the artistic director for the spectacular opening ceremony called ‘The Isles of Wonder’.