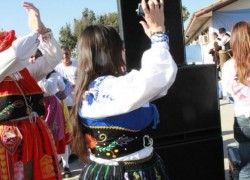 The Mar Bravo Folkdance Group is an itinerant performing traditional folkdances from the northern region of Minho Portugal.

Magic Valley (population 185,790) is an agricultural  region in the Twin Falls County of south-central Idaho.