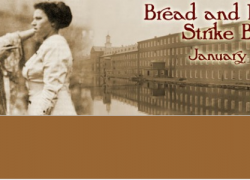 Portuguese American Fado singer, Ana Vinagre, and her guitar ensemble will perform at the 27th Annual Bread & Roses Festival to be held in Lawrence (MA) on Labor Day, Monday, September 5.

The performance will take place from 4:00 to 4:45 PM on the Carmela Teoli stage, at the North Common Park. 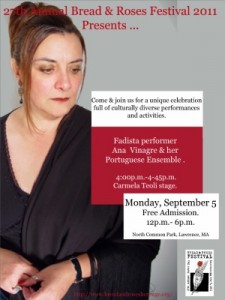 The multicultural festival memorializes the historic event with a variety of music and dance, poetry and drama, ethnic food, historical demonstrations, and walking and trolley tours, all on or starting from Lawrence’s Common.

The event is organized by the Bread and Roses Heritage Committee, Inc., a non-profit, all-volunteer organization. Admission is free.

Ana Vinagre was born in the fishing town of Figueira da Foz, mainland Portugal. She began singing Fado at age 13. In 1972, she immigrated to the United States with her husband. The couple settled in New Bedford (MA).