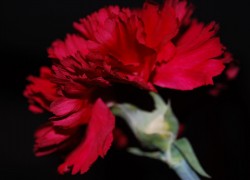 Portugal will be celebrating tomorrow, April 25th, the historic Carnation Revolution with many festivals, military parades, cultural events and activities. The historic date, also called “Day of Liberty,” is one of the most meaningful Portuguese holidays.

Yet, the so-called “April Captains,” members of the “ 25th April Association,” announced Monday they will boycott this year’s official celebrations of the 38th anniversary the Carnation Revolution.

Addressing the association members, Colonel Vasco Lourenço has stated, “The political direction taken by the current political powers no longer reflects the democratic regime handed down by the 25th April revolution.”

Lourenço, one of the leading “April Captains” credited for staging the historic revolution, said the association would participate in popular events promoted by communities around the country.

Since the spring of 2010, Portugal has been afflicted by a debt crisis which forced its administration to enact austerity measures that angered workers and the military. The crisis has sent Portugal’s unemployment soaring to over 14 percent.

In May 2011 the Portuguese government asked the European Union and the International Monetary Fund for a financial bailout of 78 billion euros, or about $114USD billion.

The Carnation Revolution overthrew the dictatorial regime of the Estado Novo, the longest European dictatorship of modern history, and began the democratization of Portugal’s political system, bringing democracy and civil liberties to the Portuguese people. The bloodless coup is known as the “Carnation Revolution” because the people placed carnations in the soldiers’ gun barrels in appreciation for their role in liberating the country without violence and bloodshed.