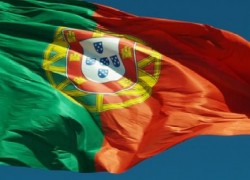 Portuguese living abroad have increased remittances home, up 9.6%, to a total of  €3 billion “for the first time ever” revealed  the Bank of Portugal, the nation’s central bank.

France remained the leading source of remittances, accounting for €894 million of the total, up  5.7% compared to 2012,  slightly ahead of Switzerland with a total of €738 million.

The central bank also reported that there was a rise in the remittances sent back by immigrants in Portugal to their countries of origin, up 5.8%  to a total of €556 million.

Brazilian immigrants in Portugal have increased their remittances home to a total of €253 million, up 12%, against a 54% rise in the amount sent back to Portugal from the Portuguese emigrants in Brazil, totaling €16.5 million.

Last year, data from the Bank of Portugal had revealed that remittances from the Portuguese living abroad had increased 12,6%, between January and October of 2012, accounting for a total of € 2,254 million, representing € 253 million more over the same period of 2011.

It is estimated that over 5 million Portuguese nationals reside outside the country, mainly in France, Switzerland, Germany, Brazil, the United Kingdom, South Africa, Angola, Mozambique, the United States, Canada, Venezuela and Bermuda. Remittances for 2013, from Portuguese residents in the United States and Canada, were not made readily available by the source.