This is the first time a film festival will feature works by Portuguese film directors in a two-city event, connecting New York and Lisbon simultaneously.  The objective is to showcase films with a uniquely Portuguese perspective to a national and international audience.

The program also includes the first concert in New York City by “The Gift,” a Portuguese alternative, electronic rock band, and the launching of their new album “Explode” at an event scheduled for June 14, at the Bowery Ballroom. 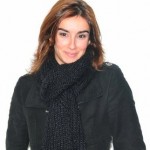 The Arte Institute and the New York Portuguese Short Film Festival were conceived and produced by Ana Miranda,a 33 year old Portuguese journalist and producer living and working in New York for the past five years.

During her stay in New York, after realizing the lack of support for Portuguese artists, she took the initiative to promote their work in the City. Miranda told the Portuguese American Journal, “It is a very sad feeling to observe the lack of awareness about Portugal in the City. We keep being asked from which part of Spain we are from, or being told that Carnival in our country is amazing.”

After trying for months to convince Portuguese authorities in Lisbon about the need to create a space in New York to showcase Portuguese artists and Portuguese culture, she decided to create the Arte Institute by herself without their support.  She said, “The Arte Institute didn’t receive any financial support from the Portuguese government or Portuguese institutions, not even collaboration regarding the space to host the events in Lisbon. They told me that the project was huge and that I would need an enormous budget to create such a structure.”

Simão Cayate – A Viagem (The Trip)

She said, “We still don’t have a physical space but in less than three months we created a structure and a space on the Internet with almost no budget. It is not about the money, it’s about changing the mentality and the attitude. I don’t understand why, when we try to do something, the first thing we hear from Portugal is ‘it’s impossible’ or ‘it’s too difficult.’” And she questioned, “Why can’t it be like,  ‘let’s do this,’ or ‘let’s see how we can make this happen’ or ‘let’s find the best way to do it?’’’

Miranda believes that, “It’s all about a mentality that, unfortunately, has not changed and doesn’t look like it is going to change.” For her, although the financial factor is important, for the most part it is only an excuse.  She said, “I hope our initiative will not only help to promote the artists and show the Portugal of today, but also show that this is possible and that we are the ones who establish the limits.”

Miranda is very pleased with the support she received from the American side in New York.  She said, “The Arte Institute is very proud to work with the New York City Parks & Recreation to make this event a unique opportunity to further strengthen the cultural ties between Lisbon and New York City.” 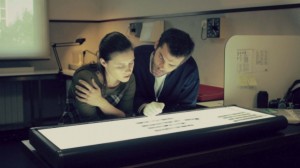 She also said, “Here in the US we were invited to be part of the Art, Culture and Fun Series in Union Square Park. We contacted New York City Parks & Recreation to find out the costs for renting space in one of their centers. After reviewing the project they decided it deserved to be in the Union Square Park. We were very happy because not only this is the first time a Portuguese Short Film Festival is taking place in New York City, but it also connects New York with Lisbon.”

The Arte Institute is a non-profit organization that promotes the Portuguese art and culture and offers a creative environment for Portuguese artists in the  areas of visual arts, literature, music, dance and film. The goal is to foster inter-cultural innovative dialogues between the New York artistic community and Portuguese artists.

According to Miranda, the Arte Institute has a virtual gallery — the Arte Institute Gallery – a space online that showcases artistic projects.  She said, “The concept is a digital canvas where guest artists are invited to present their work as if the pages on the website were a gallery.  Every three weeks a different artist will be featured.  At this moment we are exhibiting ‘Somos Sísifo’ by Patrícia Oliveira.”

The next Arte Institute Gallery opening is scheduled for June 2, with the exhibit “Larger than Life” by Michael de Brito, co-sponsored with the New York Eleanor Ettinger Gallery in the SoHo art district in lower Manhattan.

New events and performances are being scheduled for the upcoming months. For information and updates visit the Arte Institute’s website.

Film alignment for June 2 at the Anthology Film Archives (*)

Simão Cayate – A Viagem (The Trip)

Film alignment for June 3 at the Union Square Park

(*)The featured films are spoken in English or in Portuguese with English subtitles. The films were shot mostly in Portugal and in the United States by Portuguese film directors.

(*) Carolina Matos is the founder and editor of the Portuguese American Journal online. She was the Editor–in-Chief for The Portuguese American Journal, in print, from 1985 to 1995. From 1995 to 2010, she was a consultant for Lisbon based Luso-American Development Foundation (FLAD). She graduated with a Bachelor’s Degree in Liberal Arts and a Master’s Degree in English and Education from Brown University and holds a Doctorate in Education from Lesley University. She has been an adjunct professor at Lesley University where she has taught undergraduate and graduate courses. In 2004, Carolina Matos was honored with the Comenda da Ordem do Infante D. Henrique presented by  Jorge Sampaio, President of Portugal.