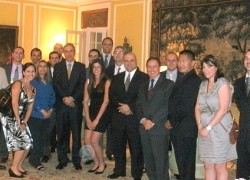 The event, sponsored by the Portuguese Embassy, took place in Washington, DC, on June 10. The main goal was to educate the Portuguese American youth regarding the many advantages and opportunities offered to them by Portugal.

According to a statement released by NOPA, Mr. José Morais, NOPA Chairman, expressed his and NOPA Founder Francisco Semião’s goal “was to increase awareness of Portugal’s emerging issues among young and influential professionals of Portuguese descent living in the United States.”

The summit focused on Portuguese politics, economics and culture and the state of relations between Portugal and the United States.

Likewise, there were presentations on the “Portuguese-American agenda” that is of interest to the Portuguese immigrant community in this country which included proud history and achievements of the Portuguese people, economic opportunities and importance of civic engagement in the US and Portugal. 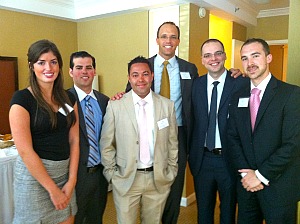 Participants and their guests at Ambassador Nuno Brito's residence.

After this year’s successful event, NOPA plans to expand the 2012 YPALS program to two days to allow for more presenters and trips to important Washington, DC institutions.

NOPA is a national non-profit, non-partisan, tax-exempt organization created to address the many growing needs of the Portuguese-American community living in the United States.