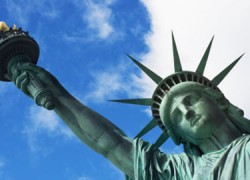 Soldiers of Portuguese descent, who lost their lives defending the United States, were honored on Memorial Day by the U.S. Congressional Record and Library of Congress, as brave Portuguese Americans who served their country.

According to Founding Director, Francisco Semião, NOPA  is  very proud to have initiated the process by drafting the statement, and working with the Portuguese American Caucus staff directors to honor the fallen soldiers.

He said, “We are very pleased that there is now recognition to the soldiers of Portuguese descent who lost their lives while defending our freedom forever engraved into the U.S. Congressional Record and Library of Congress.”

NOPA  is a national non-profit, non-partisan, tax-exempt organization created to advance the Portuguese-American community in the United States.

IN THE HOUSE OF REPRESENTATIVES

Mr. CARDOZA. Mr. Speaker, with respect and admiration I, along with my colleagues Mr.COSTA, Ms. LOFGREN, Mr. McGOVERN, Mr. KEATING, Ms. TSONGAS, Mr. HONDA, and Mr.CICILLINE, gather today to both celebrate the freedoms we enjoy as Americans, and to honor all the brave service men and women who have fallen defending those freedoms. To all the mothers, fathers, wives, husbands, and extended family members of those who have served, we offer our deepest gratitude. The sacrifice of your loved ones is a debt that can never be repaid. As members and friends of the Congressional Portuguese American Caucus, we would also like to pay special tribute to our soldiers of Portuguese descent who have made the ultimate sacrifice to protect our country. Portuguese Americans have served with distinction in our military forces from the revolutionary war to current conflicts in Iraq and Afghanistan, and I have no doubt they will continue to answer America’s call into our future. On this Memorial Day, Americans everywhere join in honoring those we have lost. It is a time to recognize the sacrifices made to defend our country, and remember the freedoms and liberties for which our service members fought for. We honor you and all soldiers who have answered the call of duty and we send our profound appreciation to the families of our fallen heroes. As we reflect on the tragedy of those we have lost, we should realize our great fortune to live in a free country, and recognize the sacrifices required to defend it.