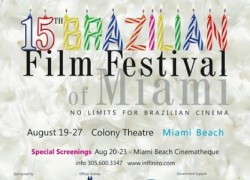 The event, taking place at the Colony Theatre and Miami Beach Cinemateque, includes 25 features and documentaries and 15 shorts.

The Festival is the largest annual showcase of independent Portuguese-language films from Brazil presented in the United States. It is the only exhibition in the U.S. that receives perennial support from Brazil’s top public and private film production and promotion entities, including oil giant PETROBRAS, the Brazilian Ministry of Culture’s Audiovisual Secretariat and ANCINE (Agência Nacional do Cinema).

Special guests include an appearance by Arnaldo Jabor, one of the founders of Brazil’s 1960’s Cinema Novo movement, who will attend the festival with “The Supreme Happiness,” his first film in 25 years, “VIPs,” starring Wagner Moura, Brazil’s most popular actor, “Our Home: The Astral City,” the most expensive film in Brazilian history, and “Smoke Screen,” a documentary on the Brazilian government’s drug policies. 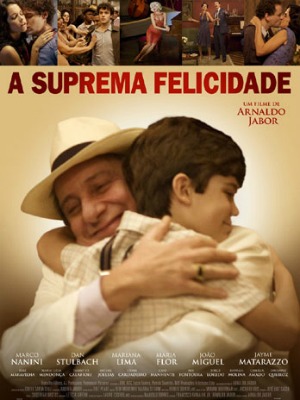 The complete schedule of screenings, special events (after-parties at Delano and Mondrian South Beach), ticket prices, scheduled VIP appearances, as well as regular news updates before and during the Festival, are available online at the Festival’s website.