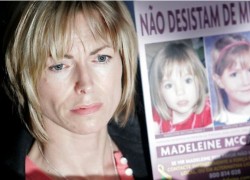 News of the investigation into the disappearance of Madeleine McCann seems to be going round in circles. ‘Revelations’ turn out to be old stories recycled. ‘Key suspects’ come and go and are then brought back again. ‘New leads’ seem to be leading nowhere.

The British newspaper Mirror on March 25 declared: “Mirror investigation reveals that sicko David Reid was hiding in the Algarve at the time Madeleine McCann was taken from Praia da Luz.” The Daily Mail followed with much the same story.

Far from this being news, Reid’s criminal record and presence in the Algarve village of Carvoeiro was written about by the News of the World in 2006. Similar reports appeared in newspapers in Portugal in May 2008.

A popular musician and well-known locally as ‘Irish Dave’, Reid admitted he had served 18 months of a three-year sentence for indecent assault and gross indecency, as a result of complaints from his own children.

But he insisted he was not a pedophile and told reporters in 2008 he was “glad the skeletons are out of the closet.” He hoped people would let him “live in peace.”

Of course he was not counting on a ‘revelation’ as a result of a Mirror ‘investigation’ six years on.

The gist of the latest statement from the Met police in London on their investigation also sounded remarkably similar to what has long been in the public domain, but the so-called ‘quality’ press, along with the tabloids, churned it out as if it were not only a hot new lead, but even “a breakthrough.” 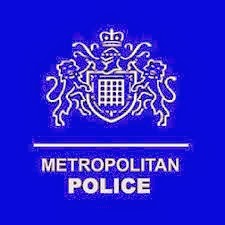 The Met statement appealed for further information on “a potential linked series of twelve crimes which occurred between 2004 and 2010, mostly in low season, whereby a male intruder has gained access to mainly holiday villas occupied by UK families on holiday in the Western Algarve.”

In four of the cases, the intruder is alleged to have sexually assaulted five white girls, aged between seven and ten years, in their beds.

Senior ex-police officers, led by former detective inspector Dave Edgar and hired by parents Kate and Gerry, looked into sexual attacks on at least five English girls between 2004 and 2007. Their findings were described in some detail by the News of the World in May 2009.

Kate McCann also wrote about the assaults in her book published in May 2012: “One of the most concerning and upsetting pieces of information to emerge quite early was the record of sexual crimes against children in the Algarve. This discovery made me feel physically sick. I read of five cases of British children on holiday being sexually abused in their beds while their parents slept in another room. In three further incidents, children encountered an intruder in their bedrooms, who was presumably disturbed before he had the chance to carry out an assault.”

Yet even The Times last week felt moved to report that “A sex attacker who preyed on young British girls holidaying with their families on the Algarve is a key suspect in the disappearance of Madeleine McCann seven years ago, police said today.”

Other “key” suspects over the past few months have included Gypsies, British cleaners, bogus East European charity workers and two mystery German-speaking men, but according to the latest Met statement, witnesses described the supposedly lone sex attacker as “having dark (as in tanned skin) with short dark unkempt hair.”

The Met did not identify the latest “key” suspect, but a headline in the Guardian the day after the Met appeal read: “Madeleine McCann suspect died in 2009.”

It called this a “revelation” gleaned from “a source close to Portuguese investigators.”

We had read it all before, of course.

Early last November, the Daily Mail, among many other papers, named and carried a photograph of a 40-year-old black African, saying the Portuguese police believed he may have killed Madeleine two years before he died in a tractor accident.

This disclosure came soon after all the BBC Crimewatch fuss over new e-fit images that turn out not be new at all, depicting a man who certainly did not look like a black African.

The Guardian’s source said the dead man had been at the center of Portuguese police inquiries since they reopened the case last October, but they had not drawn any definite conclusions about him.

He “could” have been involved in the five assaults on white girls – and even the disappearance of Madeleine – but it was no more than a “possibility,” the source said.

The Guardian also ran a story last week headlined: “Madeleine McCann: a breakthrough that could be devastating.”

It did not mean devastating to the widow of the smeared African, a man with no record of child molestation and no opportunity to defend himself.

The Guardian explained that by identifying a series of sex attacks, the Met Police had made a breakthrough in its investigation, but that based on similar cases, “it could mean an end to hopes that Madeleine is alive.”

It is a hope many have long abandoned. Even Detective Chief Inspector Andy Redwood, the senior British investigating officer, has conceded she may have died in the apartment.

Portuguese detectives and prosecutors, as well as specialist British investigators and a British police dog handler, came to that conclusion years ago.

The former lead detective in the original Portugal investigation, Gonçalo Amaral, reiterated in a recent interview his firm belief that Madeleine died in the apartment the same day or night she disappeared.

As reported in the Algarve Resident, he claimed his investigation was marred by high-level political involvement, which left DNA samples untested and key witnesses overlooked.

Amaral and his many supporters completely reject the notion that Madeleine was abducted – and, indeed, there is no hard evidence to support the theory.

In using the term ‘abduction’ or ‘kidnapping’ of Madeleine McCann, the mainstream media rarely qualify this assertion with words such as ‘alleged,’ ‘possible’ or ‘suspected.’

Nor were such words used when Redwood said last week: “The Metropolitan Police Service continues to offer a reward of up to £20,000 for information leading to the identification, arrest and prosecution of the person(s) responsible for the abduction of Madeleine McCann from Praia da Luz, Portugal on May 3rd, 2007.”

Twenty thousand pounds! It’s a far cry from the £2.5 million reward offered within days of Madeleine’s disappearance, and a drop in the ocean compared to the millions Kate and Gerry have since received in donations, on top of the amount the Met has spent so far in its fruitless search.