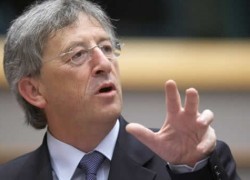 The most relevant snippet of information to emerge from all the recent histrionics in Brussels was confirmation that Jean-Claude Juncker is a good friend of Portugal. In this country anyway, it well surpasses revelations about his drinking habits.

On a visit to Portugal in May, Juncker let it be known that he had “great respect” for the Portuguese people and that “Lisbon is the city I love most in the world.”

Affirmation of this goodwill came from none other than the former Portuguese prime minister and out-going president of the European Commission, José Manuel Barroso, following Juncker’s nomination last week as Barroso’s successor.

Barroso said he was “delighted” with the choice of the overwhelming majority of European Council members. He told Portuguese reporters: “For over 25 years I’ve known Jean-Claude Juncker as very pro-European, a political leader with extensive experience…. and a friend of our country”

The European Parliament is expected to approve Juncker’s appointment at an extraordinary summit in Strasbourg on July 16. Subject to the parliament’s rubber stamp, the former prime minister of Luxembourg (one of the EU’s six founder member states) will assume office when Barroso’s mandate expires at the end of October. 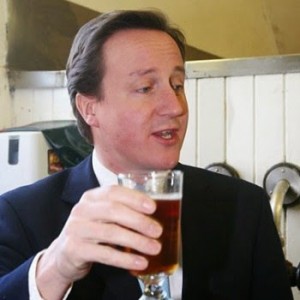 When Barroso became president in 2004 he was a compromise choice. During his two five-year terms he has been widely perceived as a weak and uninspired leader. Critics have depicted him as “a visionless lap dog” pandering to the EU’s most powerful member states.

That is perhaps far too harsh a judgment considering he has had to juggle with the complexities of the often out-of-step European Commission, European Council and European Parliament during a tumultuous decade. The number of member states had just leapt from 15 to 27 and Euroskepticism was on the rise during his first term; the euro crisis dominated the second.

The extraordinary outpouring of protest votes during this year’s parliamentary elections was a clear indication of the deep and widespread disenchantment with the EU that was well beyond Barroso’s ability to control.

Juncker faces a lot more opposition than that of British Prime Minister David Cameron who has stuck to his guns about Juncker being “the wrong person” for the presidency and declared his determination to “fight on” for major reform in the EU.

As a federalist, Juncker wants closer integration within Europe while radical left-wingers in Portugal want out of the euro currency and the far right in several member states want their countries out the union altogether.

Fortunately for Juncker, his opponents in the new parliament are a fractious lot. Britain’s Ukip have formed a euroskeptic alliance with Italy’s Five Star movement, but France’s Marine Le Pen and the Netherlands’ Geert Wilders have so far failed to come up with a united front. 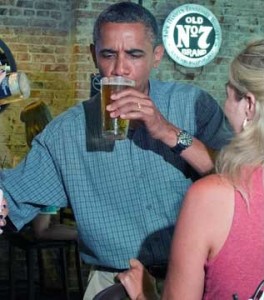 The best the media could throw at Juncker just before the presidential vote in Brussels were reports that he is a heavy drinker with a penchant for cognac at breakfast.

There was no mention that in the run-up to the 2010 general election in the UK, David Cameron told workers at Fuller’s brewery in London, “I tend to drink bitter rather than lager.” Before that he had told BBC Radio 4 listeners that his choice of a desert island luxury would be a Jura single malt Scotch whisky.

Scotch whisky was Margaret Thatcher’s regular evening tipple. Bell’s blended was her preferred brand. She once told a personal assistant, “You must have whisky to give you energy.”

Barack Obama apparently has a liking for Miller Lite Draft beer, but when photographed during a visit to Ireland he naturally had a pint of Guinness in hand.

In tune with her compatriots, Germany’s Chancellor Angela Merkel is sometimes seen enjoying a glass of beer. Russia’s Vladimir Putin, however, does not share his nation’s passion for vodka. It was only during visits to Germany that he developed a taste for beer, reportedly the only alcohol he touches.

Shortly before becoming France’s president, François Hollande told the Revue de Vin de France magazine: “Like many French, I am seduced by the excellence of the wines of our country.”

Perhaps Barroso’s lack-luster performance in Europe’s top job can be attributed to his choice of drinks. Should he have gone for more whisky and less port, or settled for iced tea instead of vinho tinto?

Boozing at breakfast time is certainly questionable in anyone’s language. Maybe Barroso could persuade his successor to swap cognac in the mornings for one of Portugal’s finest aguardentes as a nightcap – and promote Portuguese exports in the process. Now that would be friendly, wouldn’t it?