Gender: Female diplomats climbing through the ranks – By Len Port 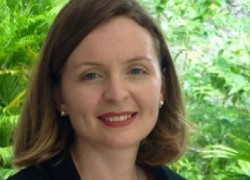 The arrival in Lisbon of a new woman ambassador representing the United Kingdom is another indication that the gender gap in diplomatic circles is narrowing, but equality is still some way off.

Throughout most of history, ‘manliness’ was deemed an essential ingredient in the conduct of international politics. The English diplomat and politician Sir Harold Nicolson (1886-1968) once said, “women are prone to qualities of zeal, sympathy and intuition which, unless kept under the firmest control, are dangerous qualities in international affairs.”

Diplomatic wives always had an unpaid, subordinate role to play, but it was a long time before women managed to pull down the discriminatory barriers and enter the higher echelons of diplomacy themselves.

The newly arrived and highly qualified Kirsty Isobel Hayes, like her immediate predecessor at the British Embassy, Jill Gallard, is married and has two children. The demands of family life have not prevented her climbing through the ranks since she joined the Foreign & Commonwealth Office in 1999.

Her most recent position was Head of the FCO’s International Organization Department where she was responsible for policy on the United Nations, the Commonwealth, OSCE, war crimes and sanctions, and the UK’s lead negotiator at the 2013 Commonwealth Heads of Government Meeting.

She has had postings in Washington and Hong Kong, as well as spending three years in Sri Lanka where she accompanied her husband who was then British High Commissioner.

Mrs. Hayes is only Her Majesty’s third female ambassador to Portugal. The first, the formidable Dame Glynne Evans, expressed serious reservations about the 2003 invasion of Iraq.

In a letter from Lisbon in 2004, Dame Glynne wrote: “The more we stand by principle the better. Expediency does not pay. Departing from international humanitarian law even just a little bit is like being just a little bit pregnant… The Americans may hate our legalism but that is not to say they are right and we are wrong. I believe we need to fight back, and hard, for our principles. We should not be ‘gentlemen’ any more, but warriors – and Amazons.”

Mrs. Gallard told us before leaving a month ago that she had not encountered any disadvantages because of her gender. On the contrary: “I think the obvious advantage is that people tend to remember who you are more easily, simply because there are less female faces around,” she said.

“People are often more interested in what you say because you’re something of a novelty, and that’s an advantage too – it’s always good to have an attentive audience!” said Mrs. Gallard.

The number of female heads of mission currently serving abroad with the British Foreign and Commonwealth Office is at an all-time high. In 1997 there were just nine; in 2003 there were 18; in 2008 there were 22. The figure now stands at 40.

“There are 193 heads of mission in total – so still work to do, but we’re making progress,” an FCO spokesperson in London told us. And…wait for it… the spokesperson with this very positive attitude was a man!

In addition to Ambassador Kirsty Hayes, women are in charge of three of the UK Lisbon Embassy’s four sections – Consular, Trade & Investment and Corporate Services. 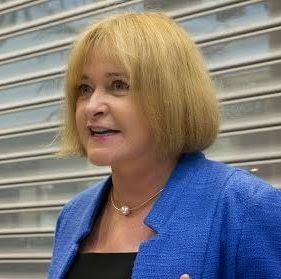 The Irish Embassy in Lisbon has the distinction of being an all-women mission. It is headed by Ambassador Anne Webster, who has secondary accreditation to Morocco. A mother of three grown children, Mrs. Webster served in senior positions in Beijing, Paris, Sydney, at the UN in New York and most recently as Irish ambassador in Kampala, Uganda, before taking up her post as Ireland’s first woman ambassador to Lisbon last September.

Well-known for having two successive women state presidents, Ireland continues to expand its embassy network and by the end of the year it will have a total of 81 heads of mission, 22 of them women. That is still just over a quarter but it is up from 18% in 2012 and 23% in 2013.

The summer season usually sees a number of ambassadors coming and going, but at last count only 17 of the 139 serving in Lisbon were women. The nations they represent include Israel, Australia, South Africa, Cuba and even a few Muslim states.

Much more generally, Portugal only began to get to grips with gender equality and associated changes in family life in the 1980s. Academic reports claim that the big advances made in the first decade of the new millennium have been significantly curtailed by the ongoing financial crisis with its accompanying austerity measures.

In the UK, much fuss was made recently about the ousting from the cabinet of four “male, pale and stale” ministers – but their replacement by woman only brought the number of females in the cabinet to five out of 22.

In the Portuguese government, three out of the 15 ministers are women. The number of women in the Portuguese parliament is 72 out of a total of 230. That is over 31% compared with 23% in the British parliament.

“The United States government is the world’s strongest advocate for unlocking the power and potential for progress that women and girls represent around the world,” according to Secretary of State John Kerry. Fine words, but since the setting up of diplomatic relations between the US and Portugal in 1791, only one of the 68 US ambassadors to Lisbon has been a woman, Elizabeth Frawley Bagley, who was appointed in 1994. Less than 19% of the members of the US Congress today are women.

This year’s elections to the EU parliament produced a record high of 38% women, just 3% up on the 2009 elections. In recent weeks, Jean-Claude Juncker, the new President of the European Commission, has been urging member states to pick more female candidates, saying that a Commission without a strong female representation would “neither be legitimate nor credible.”

So, women are still under-represented, but things have moved along since Sir Harold Nicolson declared women to be “dangerous qualities in international affairs.”

Incidentally, Sir Harold had an interesting take on gender equality: he was bisexual and so was his wife with whom he had an ‘open’ marriage. They discussed their mutual homosexual tendencies frankly and remained devoted to each other and their two children.